Alice and I have had a very busy several weeks. We are both in this year’s Nutcracker which eats up Saturday, and a good chunk of Sunday is shopping.

This past Sunday we went to the MDSC Hockey game. We’ve been going for 7 years. Alice really enjoys going and especially likes the free skate that they do beforehand. 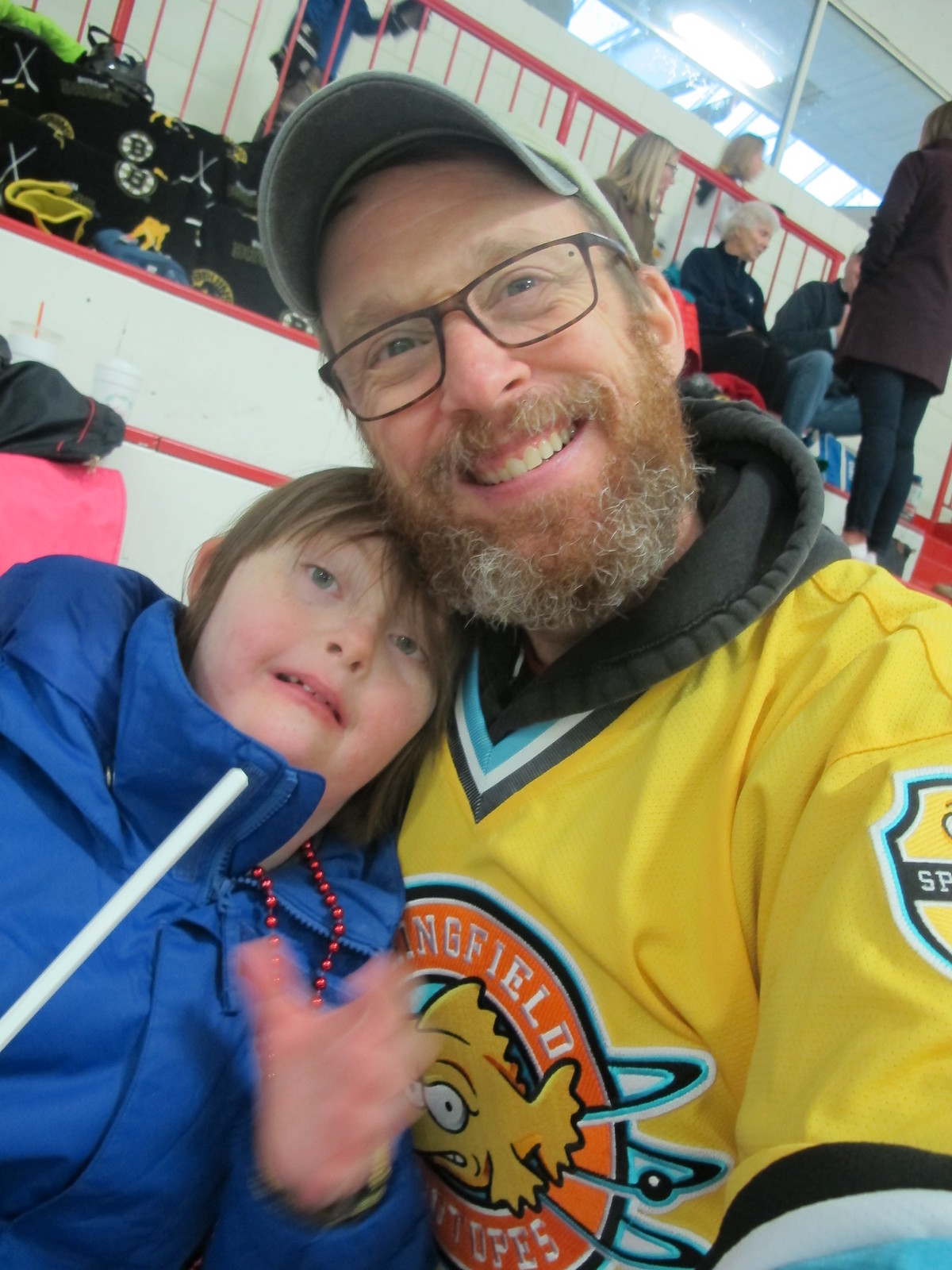 In previous years, we’ve put Alice in a chair from the arena and pushed that, but she’s getting too big for that and as the plastic chair gets cold, the legs are prone to breaking. This year, I contacted Amelia Park, a local ice rink that allows people with disabilities to use sled hockey sleds that they have on site. I asked if they would be willing to lend us one for the day and they quite kindly let us borrow one. This is so much better for both of us. Once again, the players we talked to were very kind.

Frank Simonetti asked Alice if he could sign her hat and Alice said yes. Then the other players signed it too. Above is Bruce Crowder adding his name to the brim.

During the free skate there were a number of younger boys who were zipping around at high speed being little hooligans. This is inevitable. More speed than good sense. What was surprising was an older boy named Luke who came up and talked to Alice and asked her questions and listened to her answers. He was polite and patient and, well, nice. We ran into him a few more times later in the day and it was more of the same. You’re awesome, Luke.

On a separate note, Alice’s go-to phrase for years for when she wants something has been “need help please.” This is starting to change and it’s charming: “Daddy, can you do me a big favor please?” Wonderful.